St. Alphonse-de-Clare Parish encompasses the communities of St-Alphonse-de-Clare (originally called Chéticamp), L’Anse-à-l’Ours (Bear Cove), le Cap-Ste-Marie (Cape-St-Mary’s) and the eastern part of Mavillette. The Parish was established in 1922 when the present church was built: construction began in 1921 under the direction of the Meteghan parish priest, Father Alphonse B. Côté. The cemetery is located behind the church. 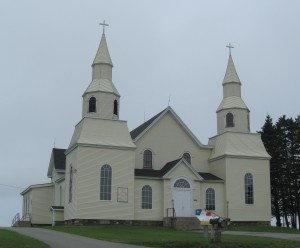 The patron saint of this parish is St. Alphonse-de-Liguori but it is believed the Parish is actually named in honour of its first priest, Father Alphonse B. Côté. The land for the new church was donated by Philémon Maillet and the church was built by the parishioners under the direction of Monseigneur Côté and the architect, Jim McCauley. On December 25, 1923, the first midnight mass was celebrated in the new church.

There are three very special features to the St-Alphonse-de-Clare Parish church. The first is the grotto built out of wood (painted and distressed to look like stone) and built as a replica of the Notre-Dame-de-Lourdes grotto. A great devotion to the Blessed Virgin has always been an important factor in the religious life of the parish and of Acadians. 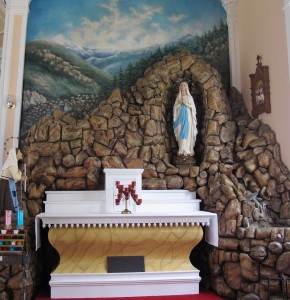 The second feature is the seven beautiful murals of the chancel painted in 1946 by Pius LeBlanc of Petit-Ruisseau (Little Brook) Digby County. Pius LeBlanc was born July 2, 1895; in 1912 he went to work for Stephano Genett, an Italian craftsman and painter from whom he learned the technique of marbleising. In 1924 Pius LeBlanc attended classes at Alandale Studios, Copeley Square, Boston and received diplomas in commercial illustrating (1926) and oil painting (1927). Mr. LeBlanc returned to Petit-Ruisseau (Little Brook) in 1932 and in 1946 he was commissioned by the priests of St. Alphonse to paint the murals.

The third feature is the Madonna, of carrerra marble on a grey granite base, which was erected in 1953 on the grounds outside the church. 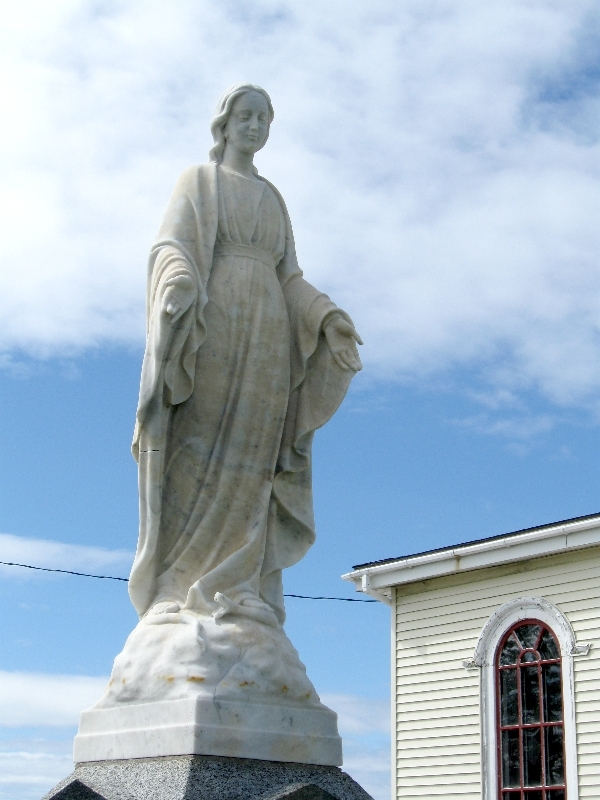 The rectory, previously a private home, was relocated adjacent to the church in 1932.