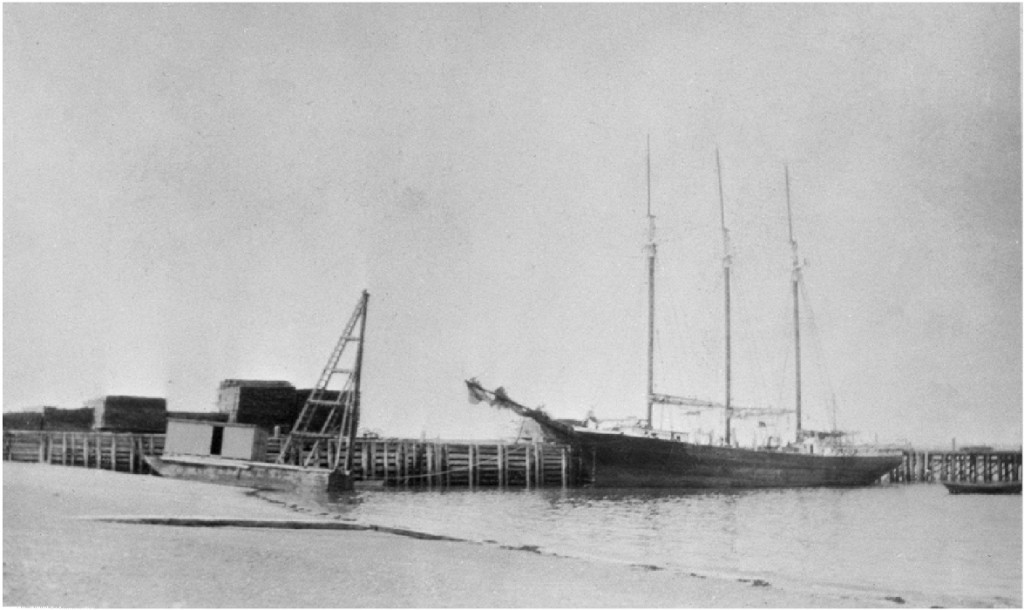 An unidentified tern schooner alongside the wharf at St. Bernard. The pile driver on the left was used to build fish weirs.

The REINE MARIE STEWART was a 218-foot barquentine initially built in Maine for the coal trade. She was later bought by Lawrence Sweeney of Yarmouth in partnership with Captain McLean and converted to a four masted schooner. In this photo, she is seen in White’s Cove, St. Bernard being repaired. 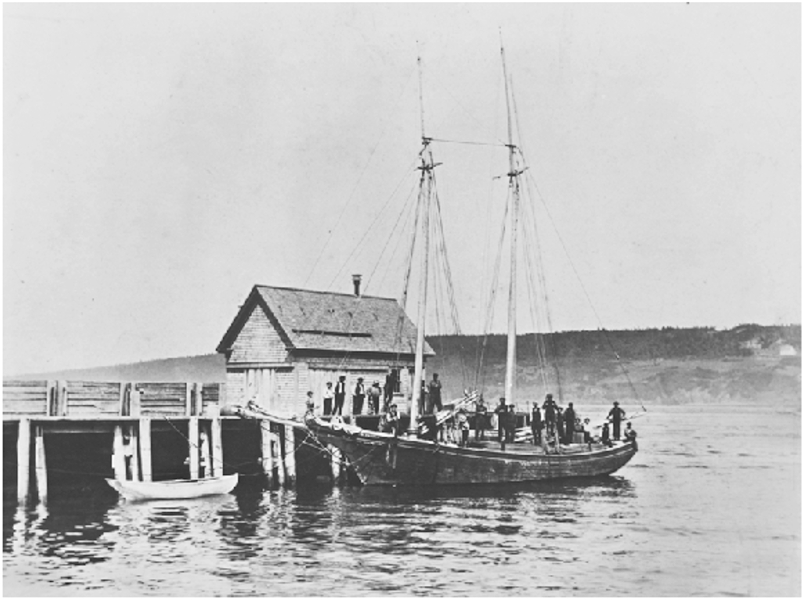 A 47 foot schooner built in 1903 by Pierre Belliveau in St. Bernard. Owned and operated by Évé and Désiré Weaver, it carried merchant supplies from Saint John to ports on this side of the Bay of Fundy. This photo was taken at Tiverton in 1908 on the occasion of Désiré and Hattie Weaver’s honeymoon. The schooner was lost at Clark’s Harbour in 1919. 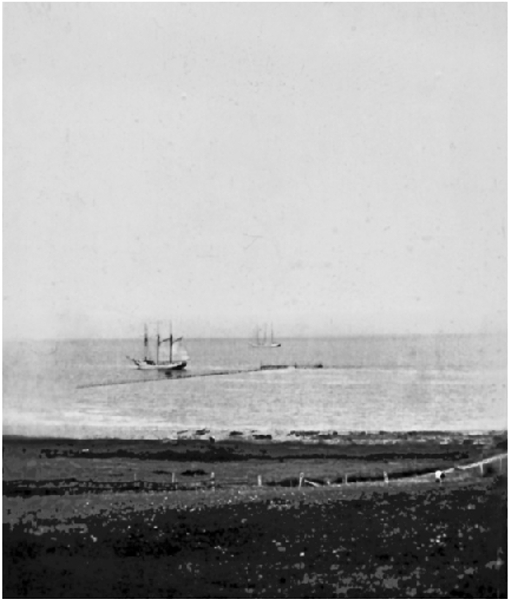 Two schooners on St. Mary’s Bay just beyond a large weir, not far from the church at St. Bernard. (Photo Courtesy of Annette Thibault)