Mavillette, located inland from the coast, was restricted to the building of smaller vessels because they needed to be transported to the sea for launching. This village, however, has produced numerous fishing boats over an extended period of time. As early as 1883 a 12-ton schooner by the name of MAGGIE JANE is listed as having been built here and many a lobster boat had its origins in Mavillette. 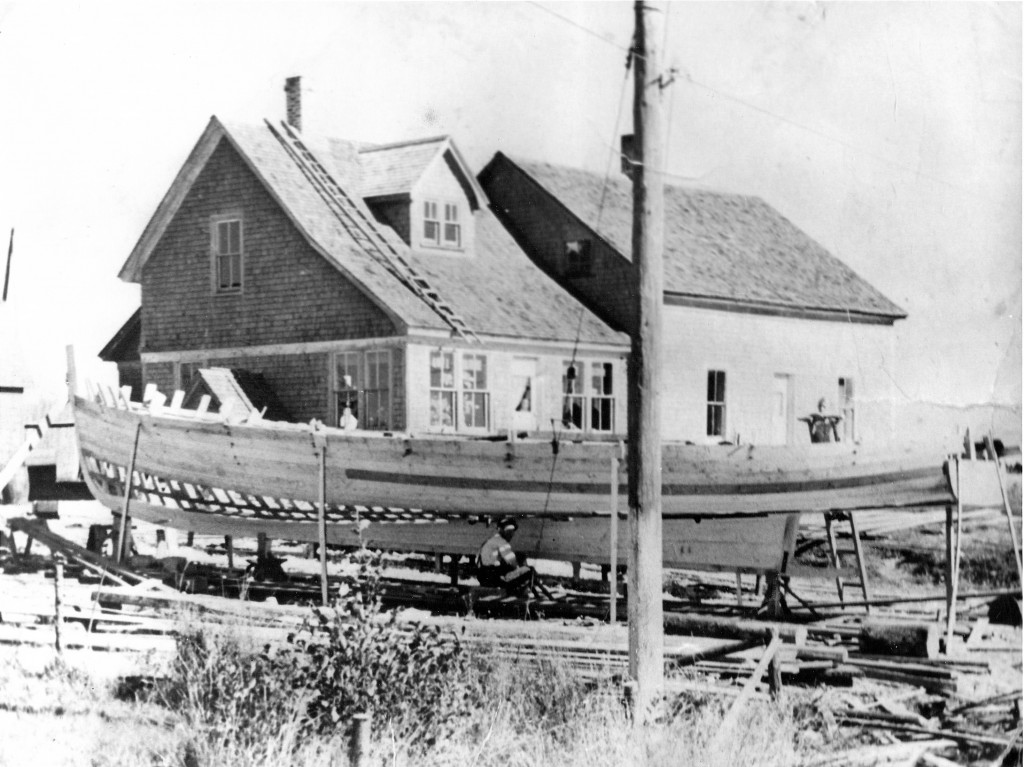 The Frank Boudreau boat shop operated from 1957 to 1978. Here we see an early ‘Cape’ style fishing boat being planked. 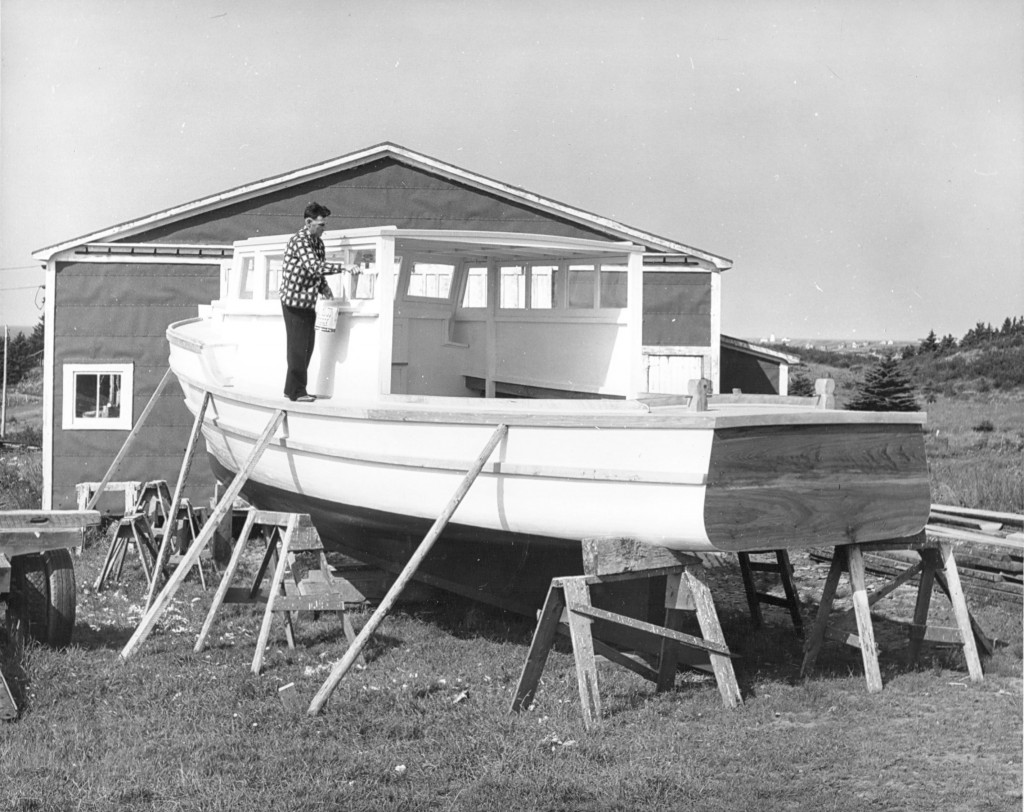 A later design of a Cape Islander getting the last touches of paint at the John Deveau shop. John, assisted by his three brothers, Camille, Leo and Ralph, built over 300 wooden lobster and pleasure boats. They were in business for 37 years and finally closed shop in 1989.