Like its sister village of Mavillette, Cape St. Mary is perhaps best known for the building of small fishing boats rather than large commercial vessels. During the mid-nineteenth century, sailing ships were registered here under the village’s older name of Cape Cove. One of the earliest on the books was the ELLEN MILES, a 56-ton schooner built in 1849. Two good-sized brigantines were also launched during the following years: the 120-ton GEORGINA in1864 and the 160-ton MARY B. GARDNER in 1874. Many smaller schooners and sloops were built until the turn of the century when gasoline powered boats such as the ones depicted below took over the fishing industry. 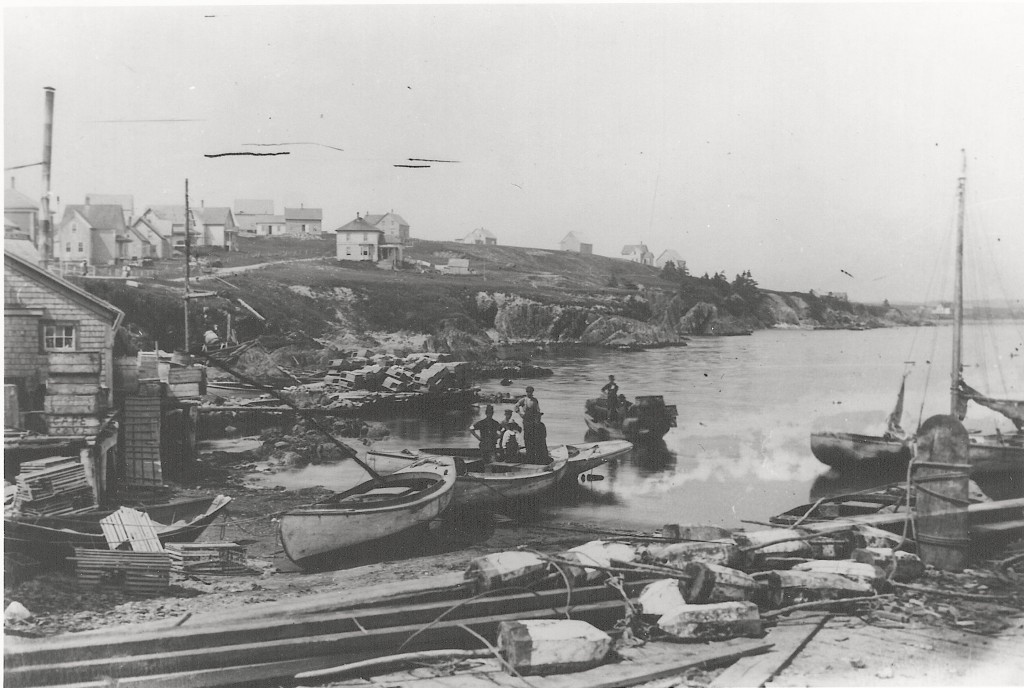 This photograph, dated 1897, was printed from an old ‘tintype’ picture. On the right is a sloop-rigged vessel while the other four boats are gasoline powered, no doubt of the ‘make-and-break’ type. Locally, these engines were called ‘pic-pocs’ because of the noise that they emitted. It is interesting to note that the bottom lobster crate on the fish shed’s deck has the words “Cape Cove” painted on, showing that this name was still in use at this time. 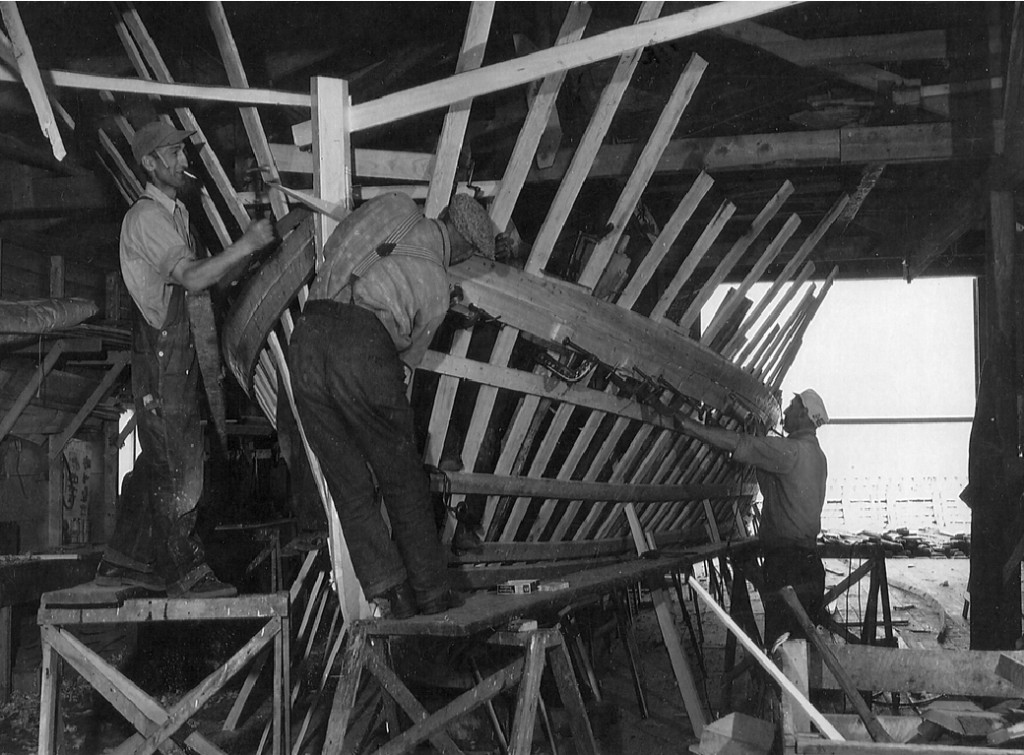 Herman Doucet’s boat shop in Cape St. Mary. Workmen are clamping on the first of the top strakes onto the steam-bent frames.

A lobster boat ready for launching from the Doucet shop. Several generations of Doucets have been building boats here since the founding of the business by Moise Doucet in 1921. His sons Roy and Herman took over in 1933 and Paul Doucet is still building fiberglass boats there today. Paul’s nephew, Dwayne, has a list of 313 boats that have been launched from the family boatyard.