1871 saw the launching of the barque KATE BURRILL in Little Brook. This was the first in a series of nine vessels built by Augustus Blinn for William Burrill & Co. of Yarmouth. Every second year over the following 18 years, a new Burrill ship slid down the Little Brook launch-way. 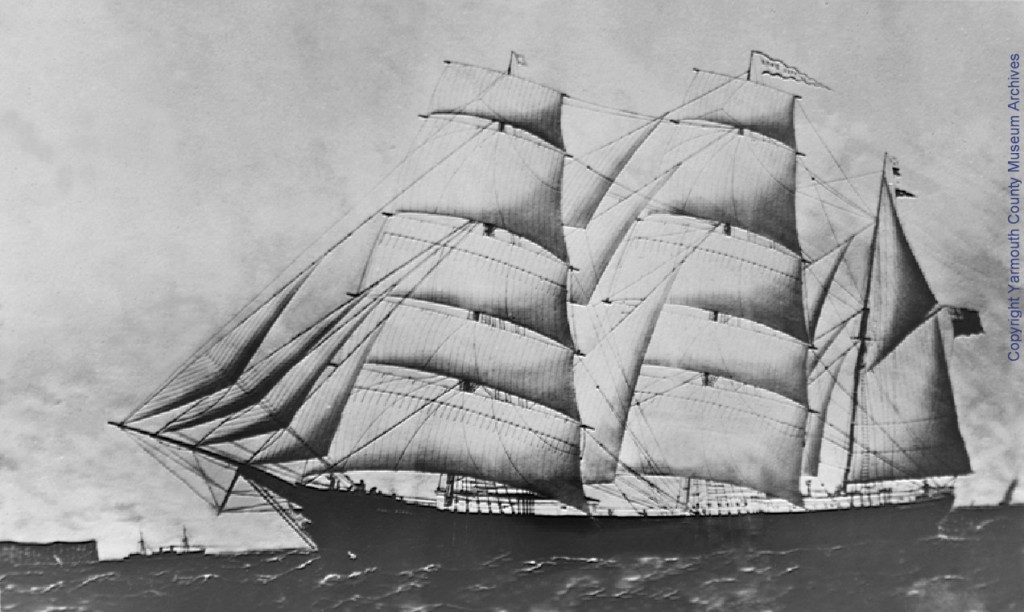 The ANNIE BURRILL, second of the series to be built in Little Brook, was launched in 1873 and registered in Yarmouth. (Courtesy of the Yarmouth County Museum Archives, PH-62-Annie Burill) 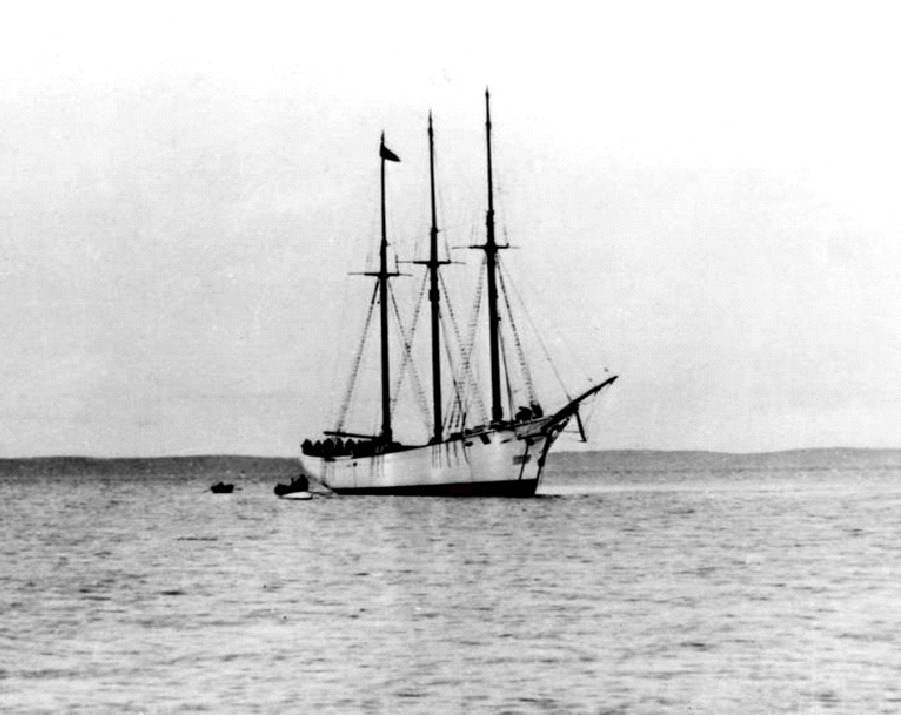 During the first part of the 20th century, Innocent Comeau built several schooners in Little Brook. He launched this one named SOCONY, 375 tons, in 1917. She was wrecked two years later at Isle of Pines, Cuba. 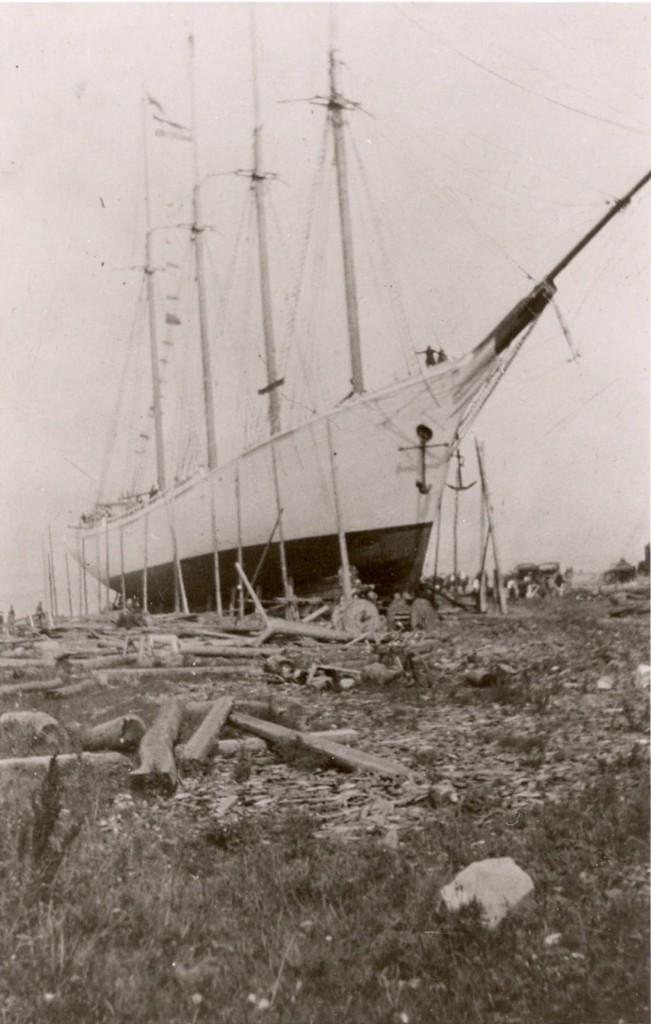 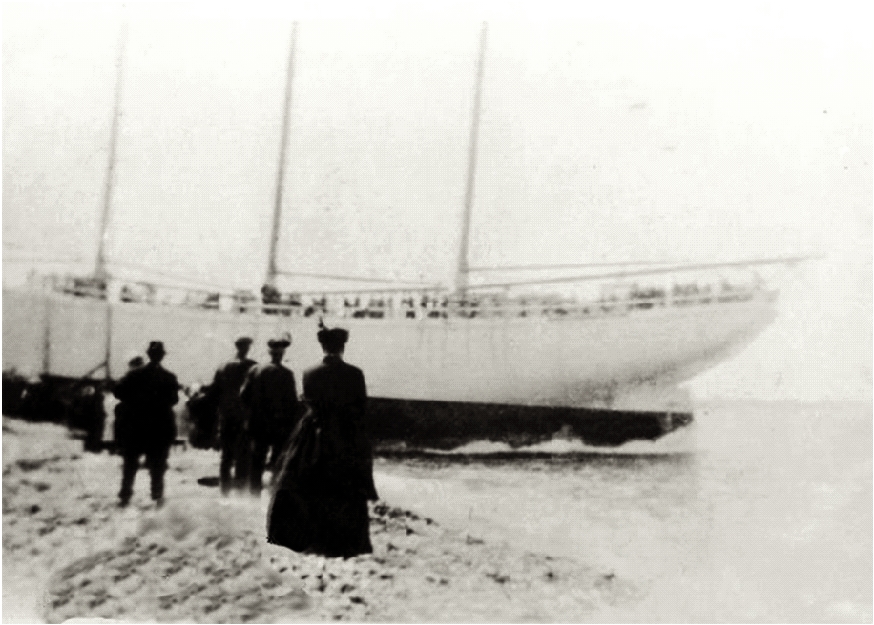 The launching of the CHARLOTTE COMEAU on August 26th, 1919. 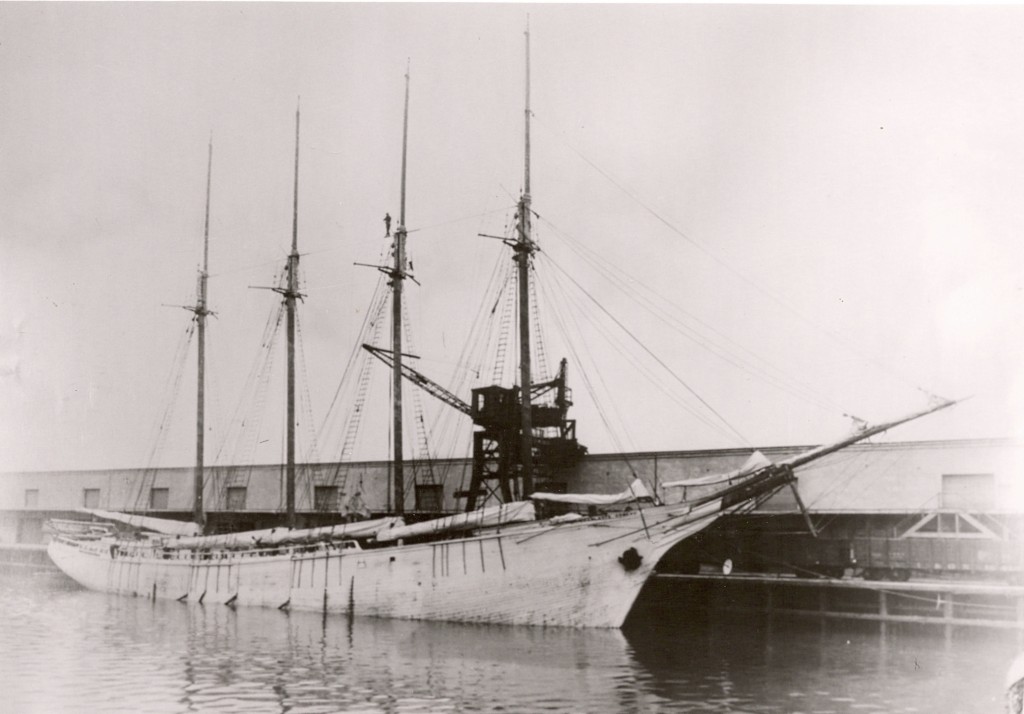 The CHARLOTTE COMEAU deeply laden with a full cargo at an unknown port. A crewmember stands in the main topmast shrouds. Like the SOCONY, she was short lived, burning near Spencer’s Island, N. S., in 1921.