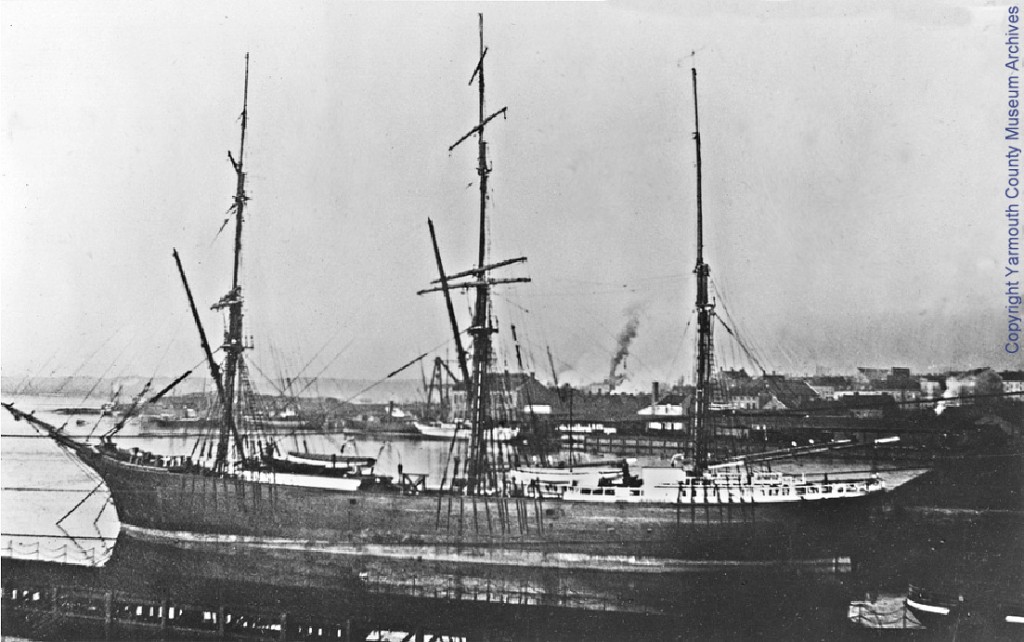 The barque NEOPHYTE, built in Church Point in 1882. With a registered gross tonnage of 1095 tons, she was one of the largest vessels built at this location. She was sold foreign and removed from the Canadian Registry in 1897. (Courtesy of the Yarmouth County Museum Archives) 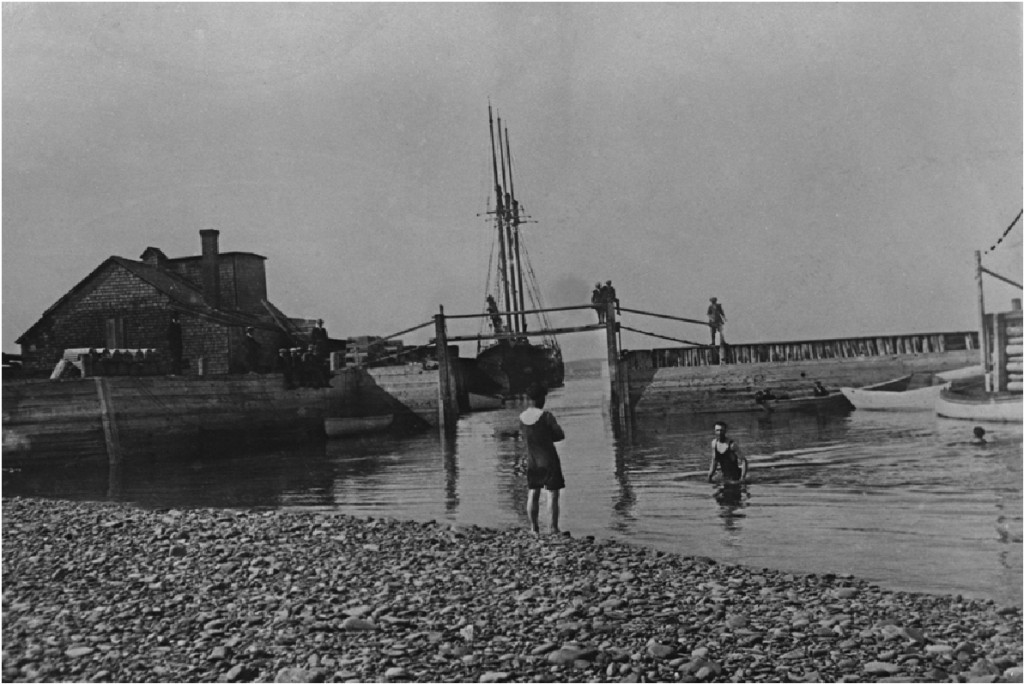 A tern schooner alongside the Church Point wharf at high tide. It also appears that swimming was a spectator sport. 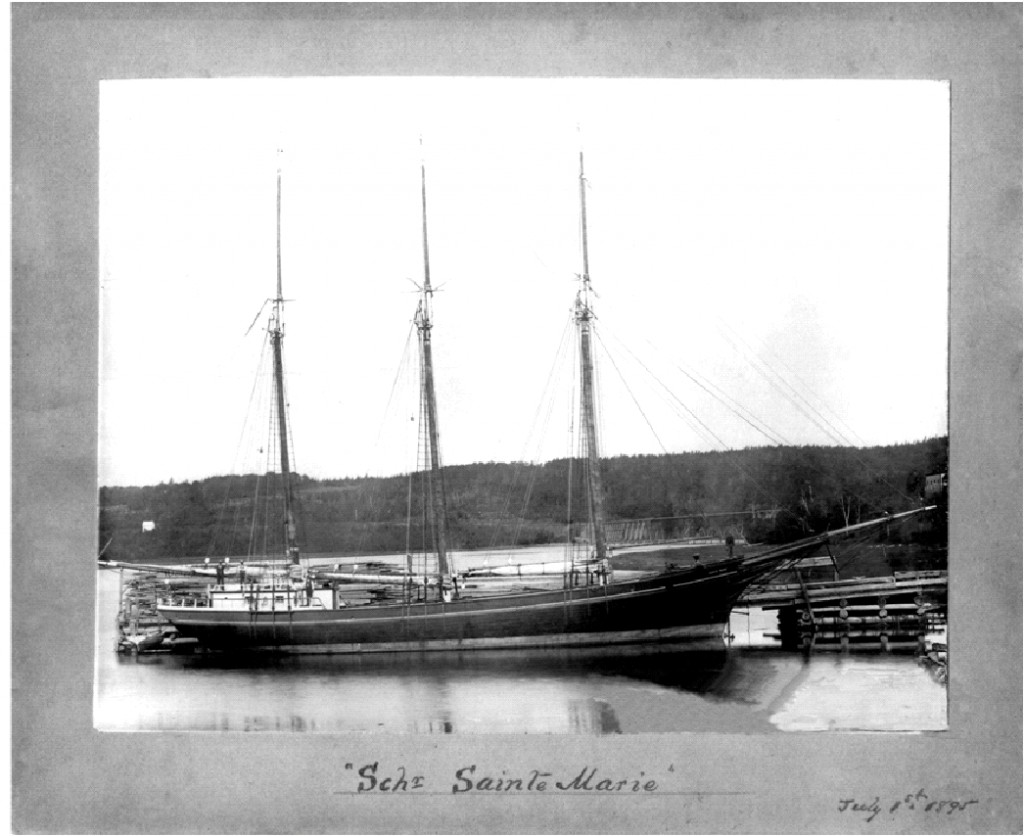 The SAINTE MARIE, 175 tons, built in 1888 in Church Point for Louis Melanson. 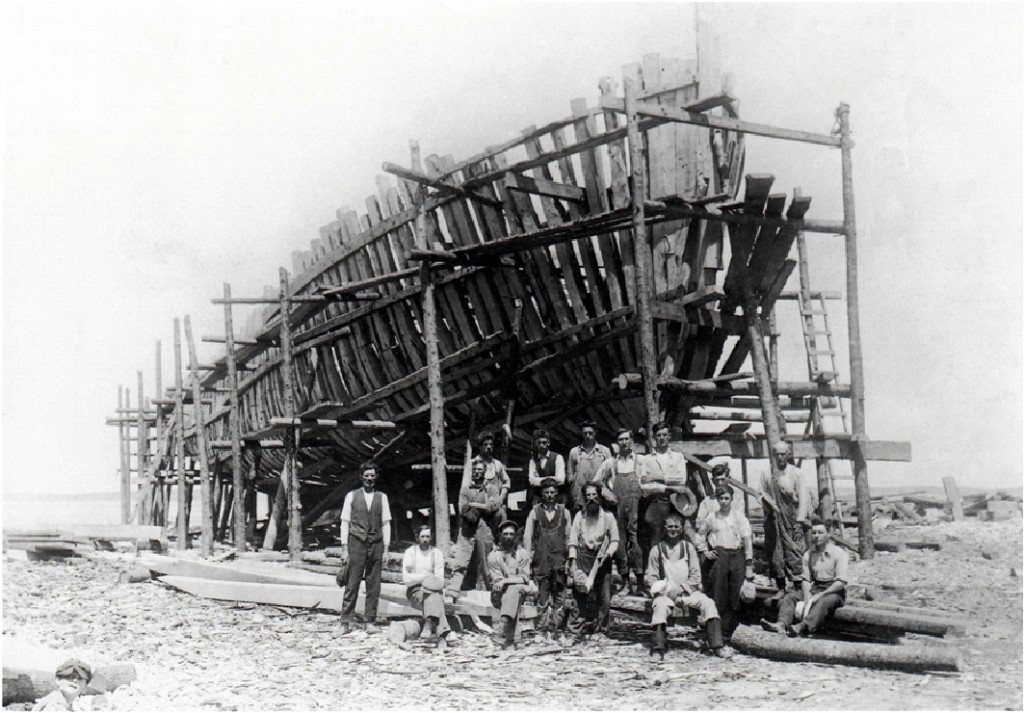 The M. SIGOGNE, named after the illustrious Father Sigogne, and its builders, in the year 1917. Most of the Church Point ships were constructed in Tickens Cove. 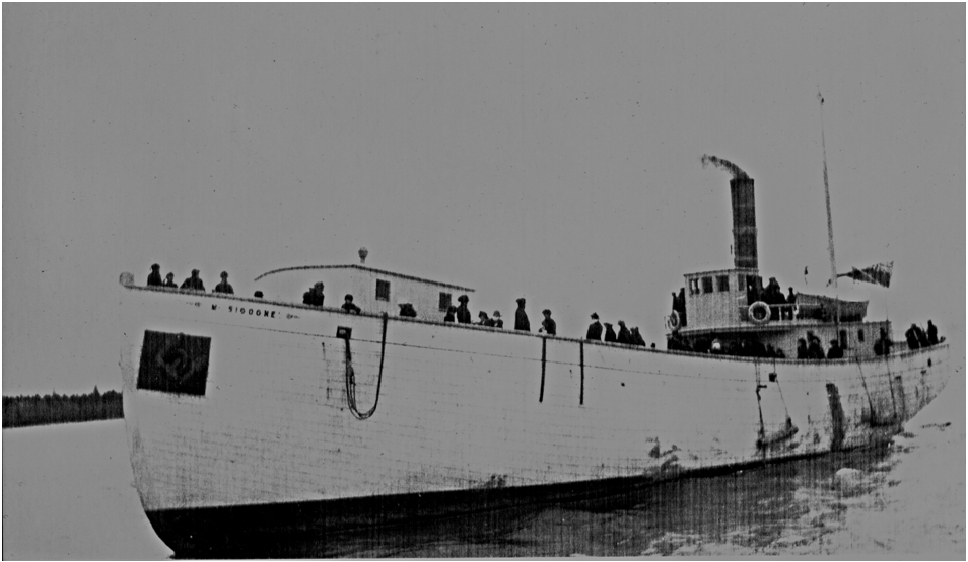 The M. SIGOGNE arriving in Gilberts Cove after her trial run. She was one of the early coastal steamers built for, and owned by, Captain Bernie Melanson. A common cargo for such vessels was hardwood staves used in the construction of molasses puncheons. 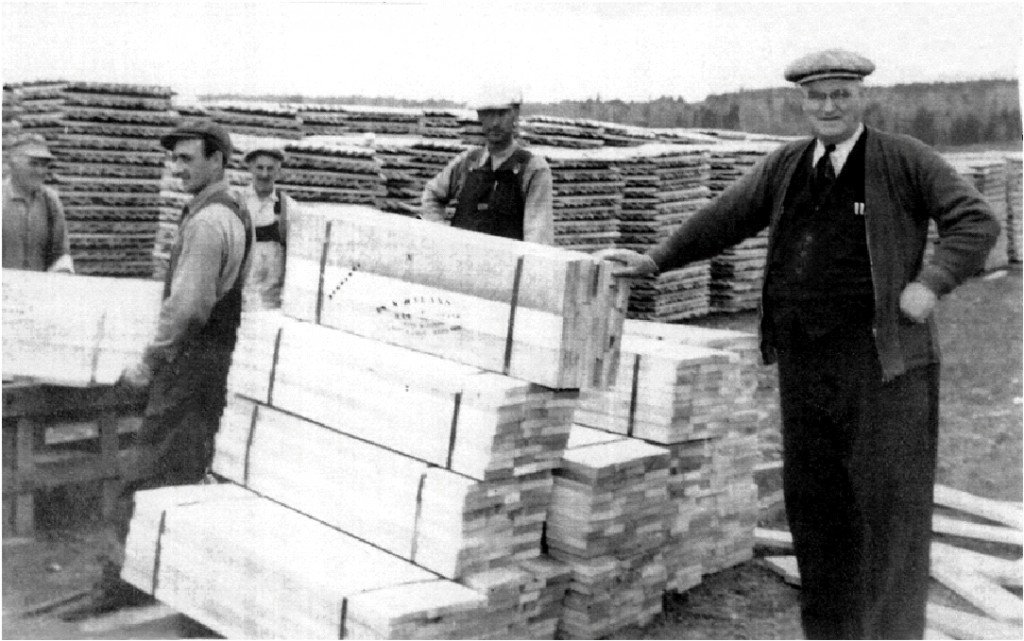 On the right is Captain Bernie Melanson at his stave yard located next to the Weymouth Railway Bridge. Bernie owned a fleet of small freighters, many of which were built in Clare. The TAGATI was built in Meteghan in 1930 while the MAID OF CLARE, LADY OF CLARE and PRIDE OF CLARE were built by A. F. Theriault in Meteghan River. Several local sawmills, including Bernard Robichaud’s of Meteghan Centre and Alphonse Comeau’s of Bangor, sold lumber products for export on Melanson ships.