Salmon River and Beaver River, perhaps due to their geographical location, built a large number of ships for Yarmouth merchants. Between 1819 and 1926 there were, at various times, at least six different shipyards operating in this area.

The barque GRACE E. CANN was launched on August 15, 1868, from the Salmon River yard of Richards & Allen. She was built for Captain Hugh Cann and named after his daughter. The CANN freighted all over the Atlantic until she foundered off the coast of Maine in 1884. Courtesy of the Yarmouth County Museum Archives, 1997:132) 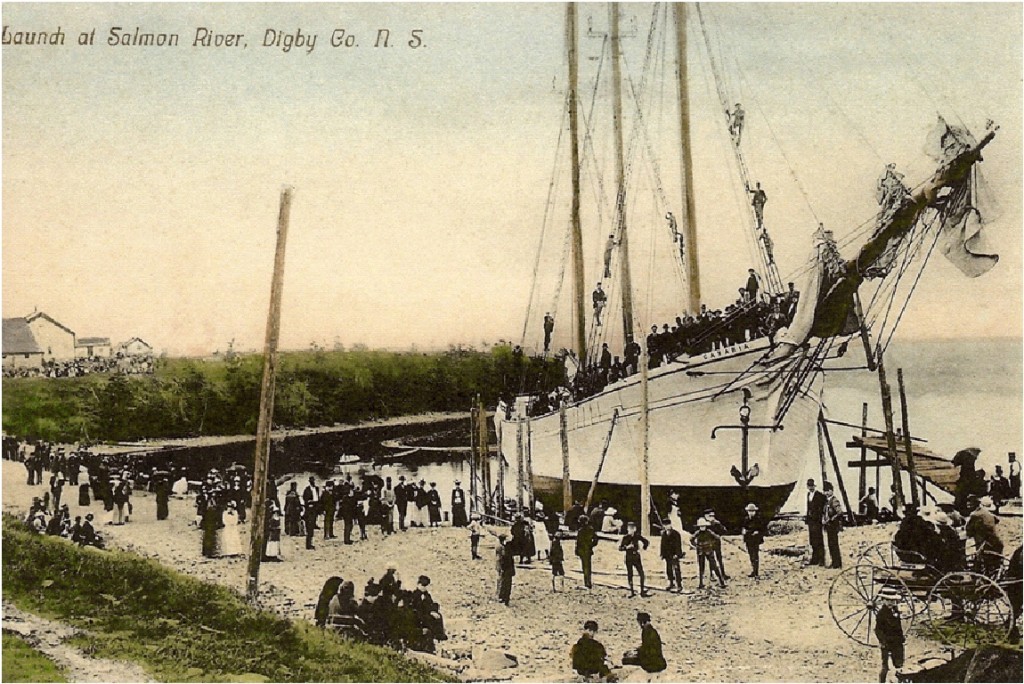 The 275-ton schooner CANARIA, ready to be launched in Salmon River, 1883. (Courtesy of Arthur Smith) 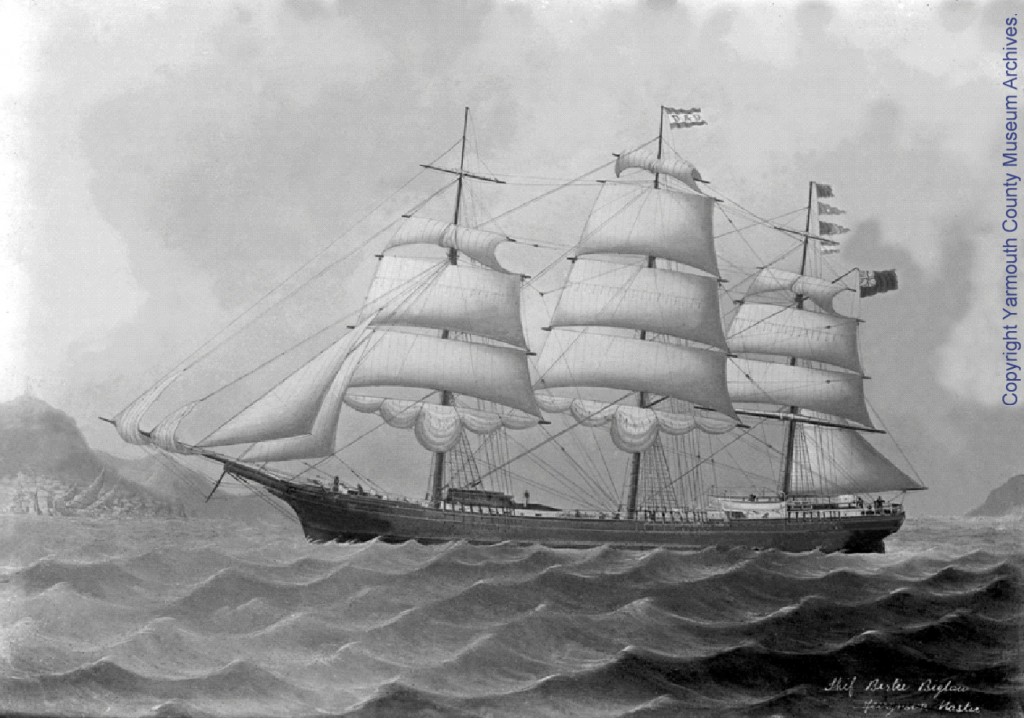 The BERTIE BIGLOW was launched at Beaver River in 1876. (Courtesy of the Yarmouth County Museum Archives, 1997:106) 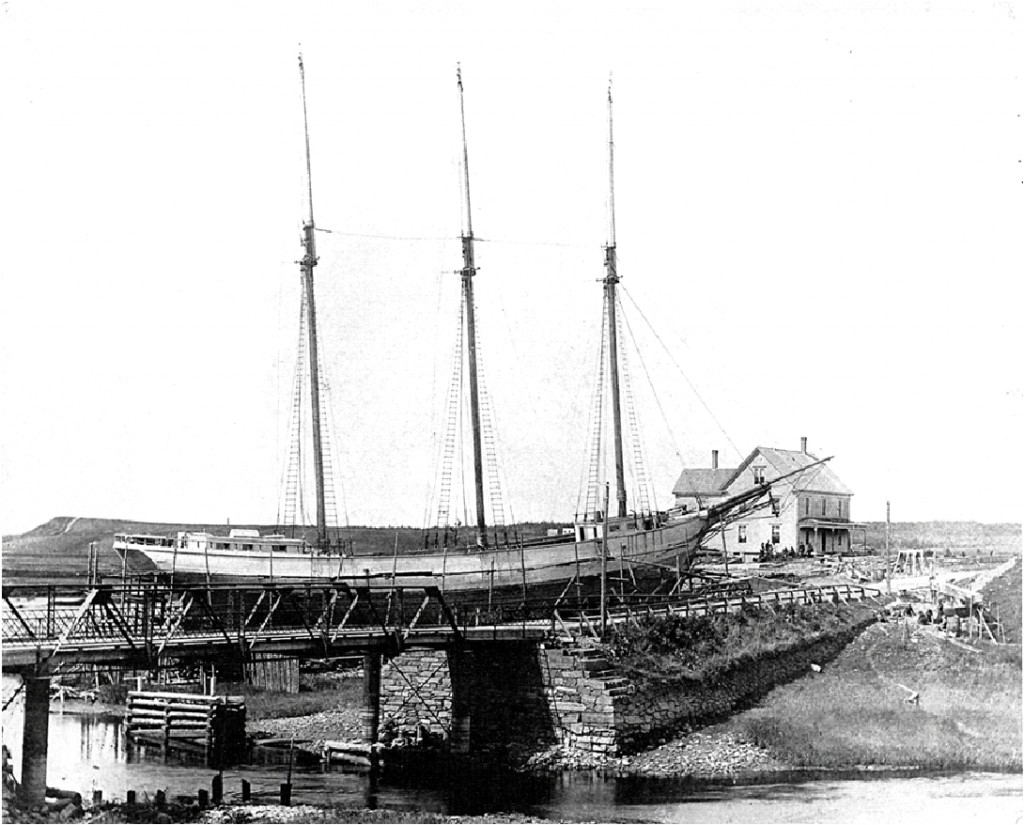 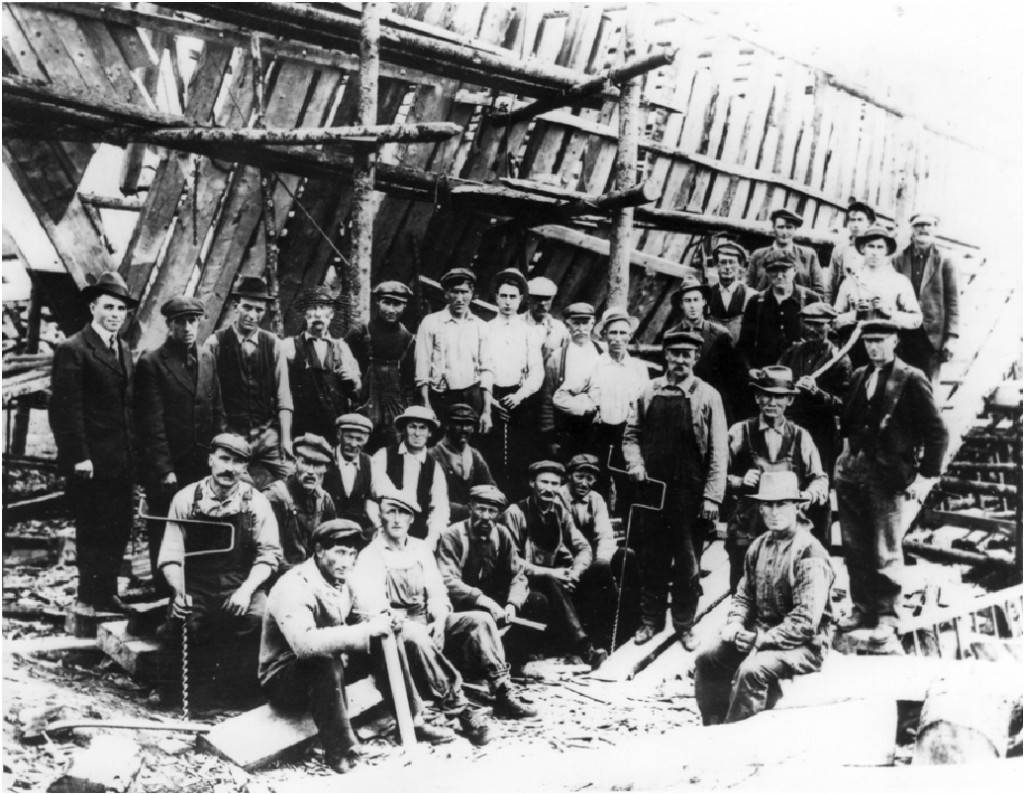 The shipwrights at Salmon River. W.J. Foley is the gentleman on the far right (wearing the white tie). (Courtesy of Arthur Smith) 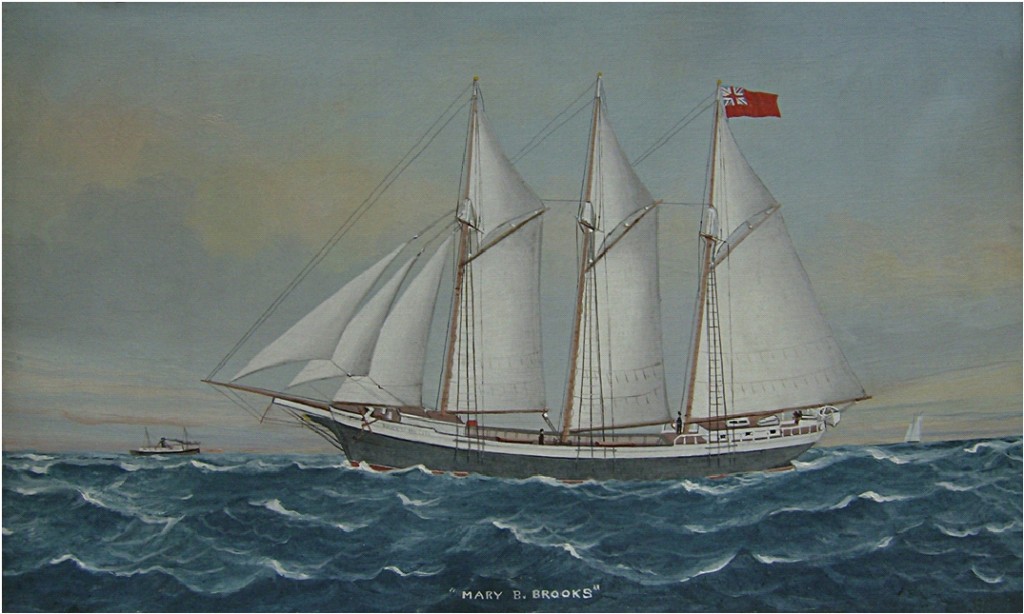 Launched in Salmon River in 1926, the MARY B. BROOKS was the last three-masted schooner built in Clare. (Courtesy of Irvan Deveau)