Once the first Acadian settlers of Clare started occupying their new land grants at the northern end of the district, Belliveau’s Cove quickly became one of the most prolific shipbuilding villages. In 1840, Urbain Belliveau started building ships at a brook somewhere south of the mouth of the Sissiboo River. Shortly thereafter he shifted his endeavour to his native village of Belliveau’s Cove where he proceeded to build numerous vessels, including fifteen ships for the firm of William Lovitt, a Yarmouth merchant and ship owner. Later on, he constructed his own wharf along with a store and his very own schooner aptly named the URBAIN B. At his death in 1897, the newspaper Moniteur Acadien credits him for the construction of twenty-six vessels. His sons Benjamin and Charles inherited the business and kept it running well into the twentieth century.

By the time of the First World War, there were two additional shipyards operating in the cove, making a total of three in the same village: the Ben Belliveau yard, the Adolphe Theriault yard, and the Sinclair & Pierre Theriault yard. By searching the local ship registries one can find fifty-six sailing ships of all sizes and rigs listed as having been built in Belliveau’s Cove between 1862 and 1919! 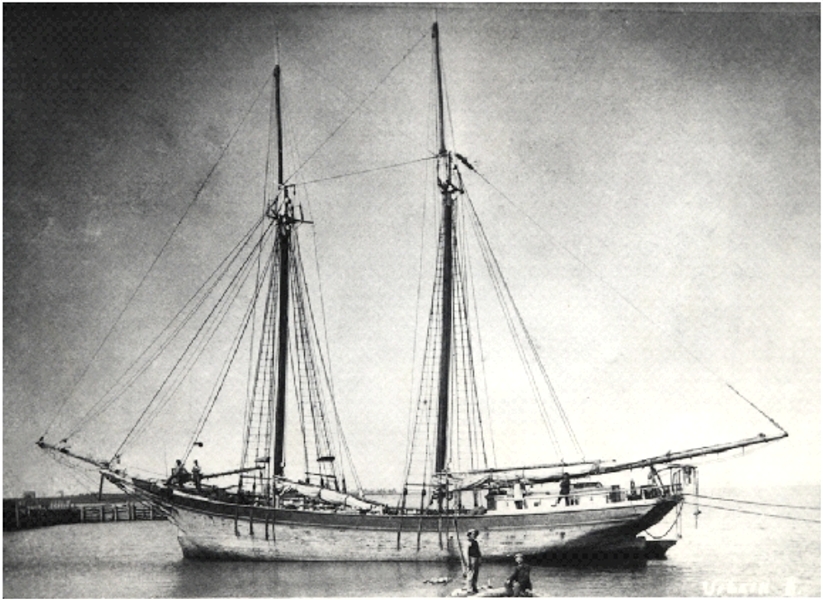 The URBAIN B. was a schooner built in 1887 by Urbain Belliveau for his own commerce. 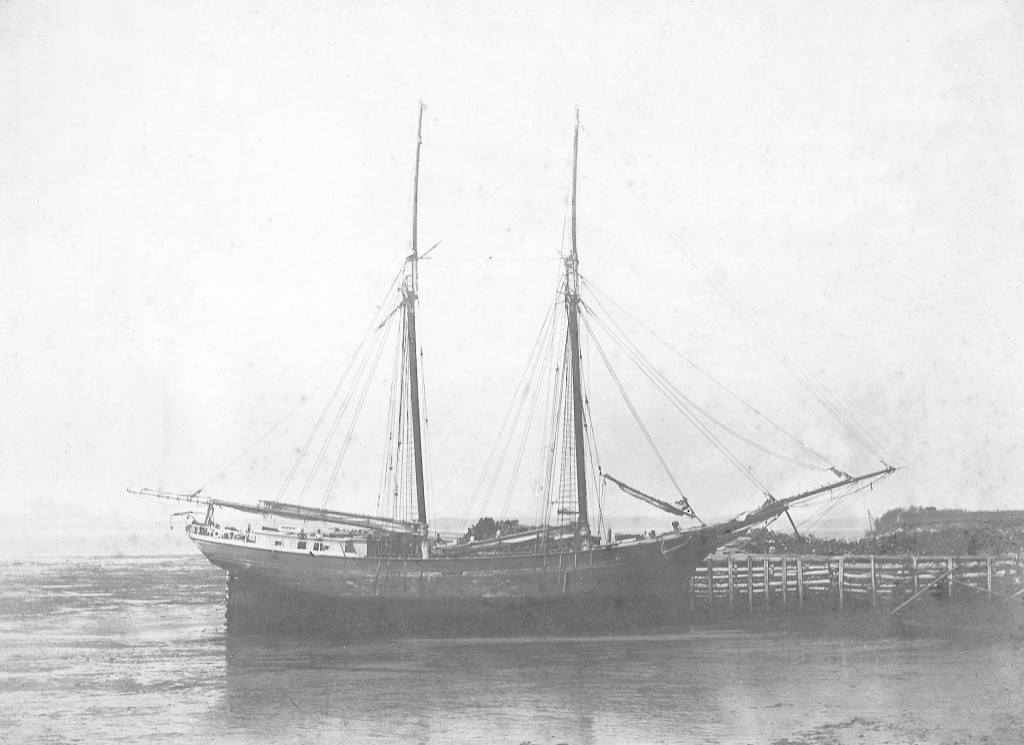 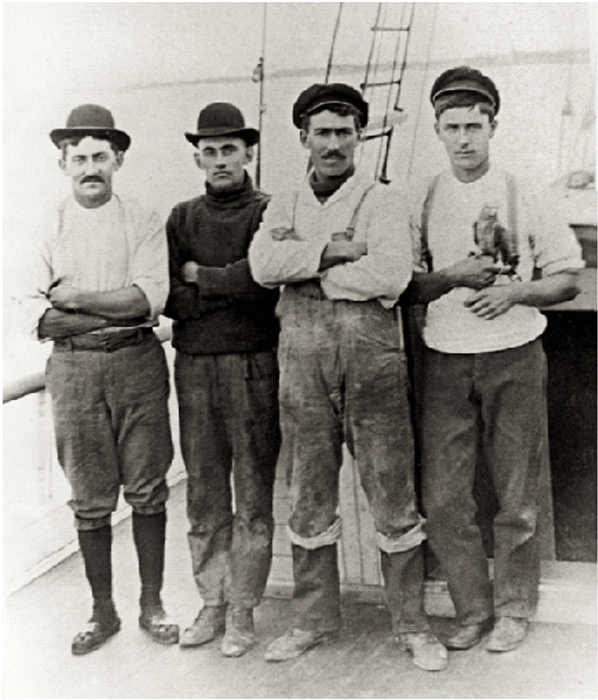 Captain Henry Dionne (3rd from left) with Philip Comeau, Arthur Saulnier and Mandé Blinn, on board the schooner EDITH BELLIVEAU. Note the parrot, a popular pet to bring home from the tropics. 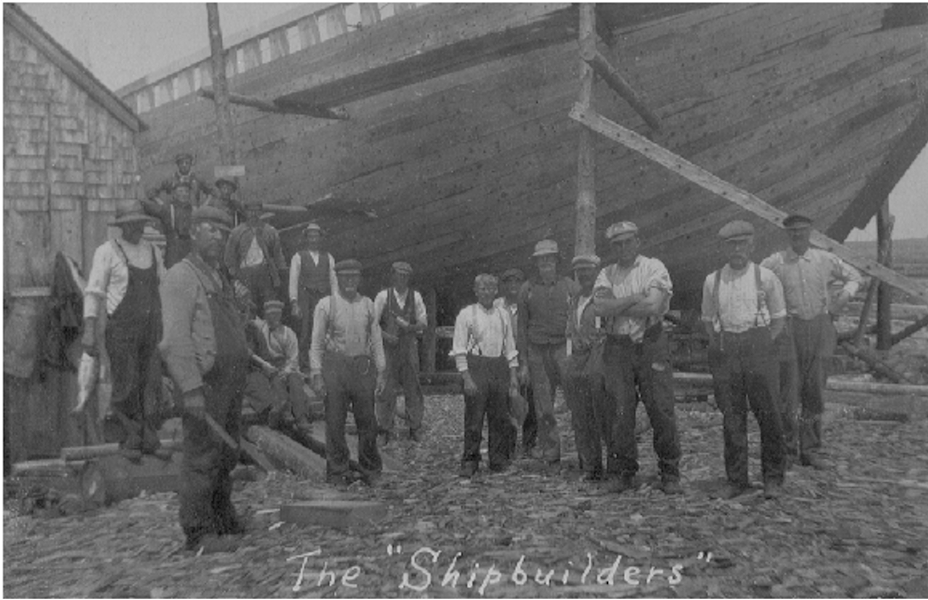 A typical gang of shipwrights at the Theriault shipyard in Belliveau’s Cove posing in front of an unfinished schooner. This photo is dated July 4th, 1913. 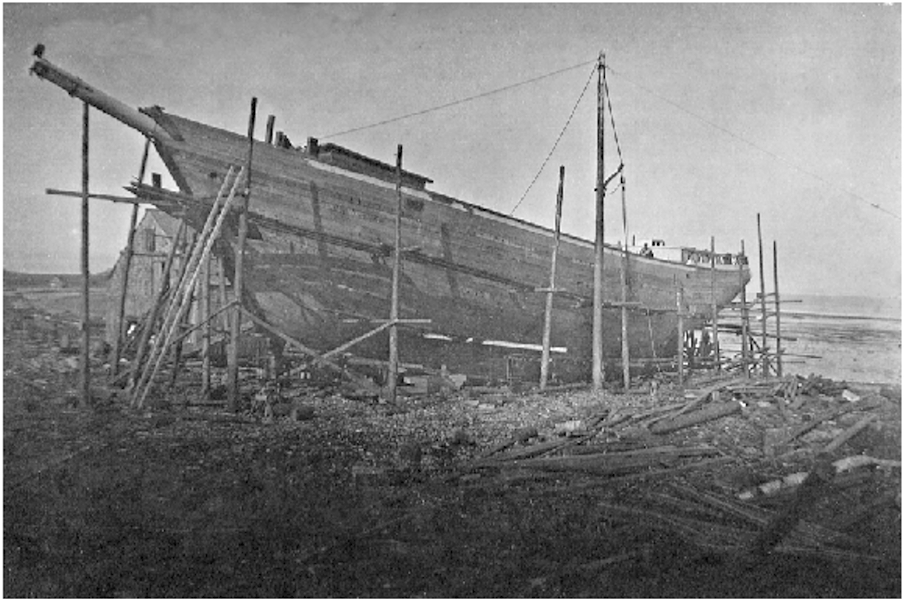 The same vessel as previous photo, shown from the port side, showing the square opening near the bow used for loading large timbers directly in the hold. 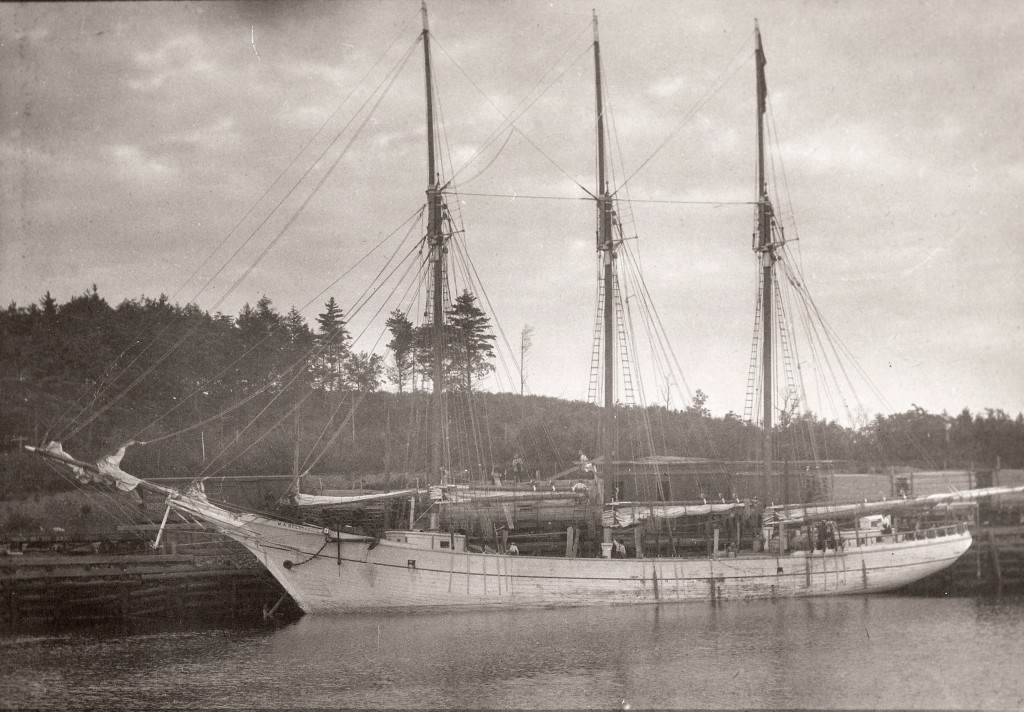 The tern (three-masted) schooner, M. A. BELLIVEAU, launched at Belliveau’s Cove in 1914, alongside the railway wharf at Bridgewater, N.S., loading or discharging a cargo of lumber. She was later sold to a firm in Florida. 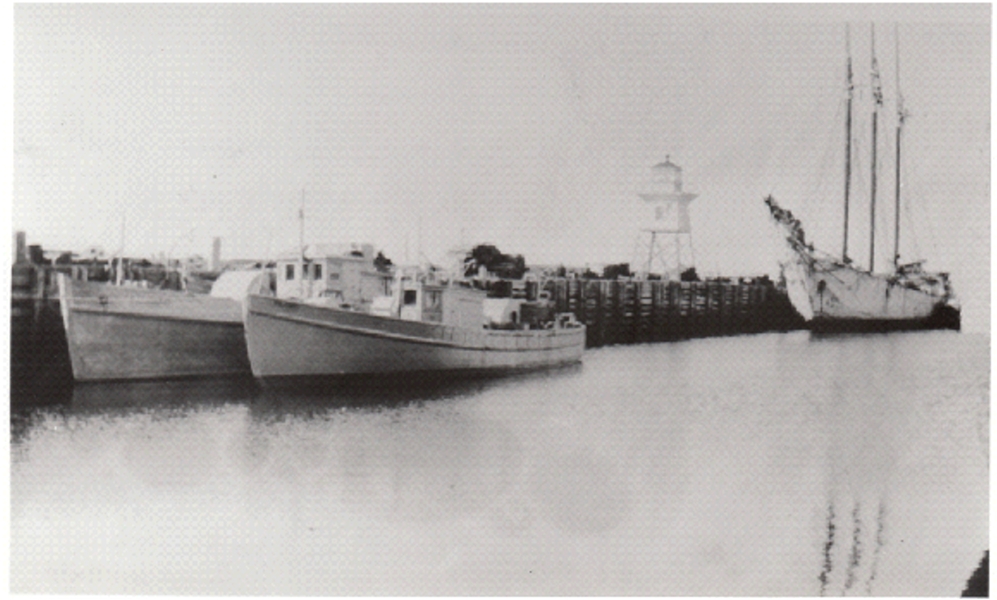 Another Ben Belliveau-built three-master, the EDITH BELLIVEAU. Launched in 1919, she traded in the West Indies and the eastern U. S. seaboard until she was wrecked in the Caicos Islands in 1933. Pictured here in Meteghan, likely awaiting haul out on the marine railway. (Photo compliments of Capt. Hubert Hall)